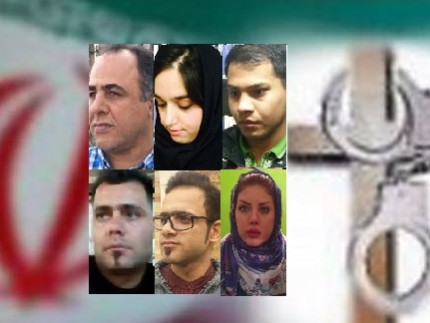 Iran’s “morality police” arrested nine Christians on Christmas Day (25 Dec), presumably for celebrating the seminal holiday, though authorities did not give reason for the arrest. Heavily armed agents transferred the nine people to an undisclosed location.

In addition to the arrests, the Iranian government reportedly executed nine prisoners on Christmas Day, including seven at the notorious Adelabad prison.

Christians are widely persecuted within Iran. One prominent prisoner of conscience in the nation is Iranian-American preacher Saeed Abedini, who was arrested in 2012 for organizing private religious meetings. The next year, he was sentenced to eight years in prison for this crime. As of January 2014, 49 out of 307 religious minorities in jail are Christians. In another jarring example in July, a judge condemned a Christian man to having his lips burnt with a cigarette for eating during Ramadan. Five other men received 70 lashes for not fasting.

The arrests and executions come days after Ayatollah Ali Khamenei tweeted support for the hashtags #BlackLivesMatter and #Ferguson. He also used them to compare the shootings to Israeli “oppression” in Gaza and America’s “hypocritical” behavior towards other nations.

On Christmas Eve and Christmas Day, Khamenei tweeted his love and admiration for Jesus Christ. He called on people to “truly honor Jesus’s birthday.”

In addition to Christians and other religious minorities, Iran remains an extremely oppressive nation for both women and LGBT individuals. The government has executed openly gay individuals and those believed to be gay. Women have also been executed for a variety of reasons. Reyhaneh Jabbari, 26, for example, was executed for killing the man who allegedly raped her. Authorities arrested another woman, Ghoncheh Ghavami, 25, after she attempted to attend a men’s volleyball match. Women must prove her husband is physically abusing her in order to leave the marriage, “while a woman seeking a divorce on the grounds of domestic violence must prove that the violence is

115 thoughts on “Nine Christians Arrested on Christmas Day in Iran”